Livin’ Dred Theatre are proud to bring Danti-Dan, a tragi-comedy by Gina Moxley, to The Everyman.

In the middle of nowhere outside Cork city, during the interminable summer of 1970, a motley gang hang out on a short stretch of road.

Dan is a busy 14-year-old cowboy, innocent Dolores and wily Cactus’ hormones are absolutely raging, while Ber is hoping you can’t get pregnant if you were standing up… By the end of the summer, their lives will have changed forever.

Gina Moxley’s Danti-Dan is a shamelessly funny tale of the sexual-awakening of five innocent youngsters in a dead-end small town. Bursting with hormones in bloom, sentimental nostalgia and brash young cynicism, it is a hilarious exploration of puberty blues, and a sensitive, sharp-shock teenage comedy. 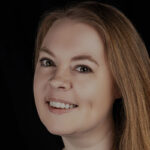 Katrina Foley is a freelance theatre director, performer and dramaturg based in Cork city. She holds a BA in Theatre & Drama Studies from MTU and an MA in Theatre & Performative Practices from UCC.

Katrina is co-founder of Wandering Star, who present contemporary story-driven theatre by established and emerging playwrights. For Wandering Star, Katrina workshopped, developed and directed Lex Talionis (A Tale of Vengeance & Feathers) by Liam Heylin, which premiered at Cork Midsummer Festival and then transferred to Dublin Fringe Festival where it was nominated for several Fringe Awards. Lex Talionis was re-worked for broadcast as an audio-only production in collaboration with The Everyman, for their Play It by Ear series during the Covid lockdowns.

Since then, Katrina has been pursuing an interest in new play dramaturgy, completing both theoretical and practical research projects with playwrights and dramaturgs. In 2022, she received support from Dramaturg’s Network Ireland and Cork City Council for her dramaturgical practice, which included facilitating ‘Project:Dramaturgy’, a script advisory programme for playwrights.

Recent directorial work includes ALSA Productions At the Moment, Everything Is Missing and SNUG a co-direction with John McCarthy, an entirely sung story about two stuck strangers – performed in a pub!

THE PATIENT GLORIA BY GINA MOXLEY