MADE IN CORK: PLAY IT BY EAR REHEARSED READINGS

Presented by The Everyman

The Everyman was proud to present Made in Cork: Play It by Ear Rehearsed Readings, a collection of nine rehearsed readings from the acclaimed audio broadcast programme Play It by Ear.

Each rehearsed reading in Made in Cork: Play It by Ear was chosen for its distinctly Cork flavour, acknowledging and celebrating the wealth of creative talent Cork is privileged to hold. Written by Cork writers, performed by Cork actors, and of Cork; each of the rehearsed readings were originally streamed live and recorded from The Everyman in Cork, from October through to December 2020, as part of Play It by Ear, a programme of live audio broadcasts.

Made in Cork: Play It by Ear Rehearsed Readings offered access to the full audio streamed collection of nine rehearsed readings for the month of March, over 11 hours of pure theatre.

Bringing the very best of Cork to your homes, until it’s safe for you to come back to ours.

On demand access to Made in Cork Play It by Ear ended midnight WED 31 MAR 2021.

MADE IN CORK PLAY IT BY EAR REHEARSED READINGS AUDIO STREAM: 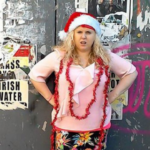 Twentysomething Marion has just realised, all of a sudden, that she’s a grown-up; in love, life, the 12 pubs of Christmas, not forgetting the on-going stream of ‘advice’ in her head from well-meaning friends and family. There’s “walk into the bar like you f*ckin’ own it, girl” best friend Jacqui, “fail to prepare, prepare to fail” Uncle Ciaran and her “I only say these things for your own good” Mam. Expect a riot of laughs.
Written by Katie Holly | Directed by Éadaoin O’Donoghue
Starring Laura O’Mahony, Tadhg Hickey and Katie Holly
Sound Engineer Joe Cusack
Production Assistant Donal McNinch 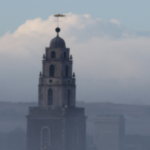 THE FOUR FACED LIAR | Presented by The Everyman
Duration: 94mins

From almost every part of Cork city centre, you can see or hear Shandon Steeple.  But what if the reverse were also true and Shandon’s four faces – the famous Four Liars – could see into the hearts and minds, the dreams and longings of the city’s inhabitants.  With the eyes of Shandon to guide us and the voices of the Four Liars to comment as we go, we make this journey through the night-world of Cork, through the hidden streams that flow under the city and the dreams and desires that flow through its people, its past and its present.
Written by Ger FitzGibbon | Directed by Emelie FitzGibbon
Starring George Hanover, Jack Healy, Fionula Linehan, Dominic MacHale, Pauline O’Driscoll and Laura O’Mahony
Live Music John O’Brien
Sound Engineer Joe Cusack | Sound Effects Seamus Hegarty
Production Assistant Donal McNinch 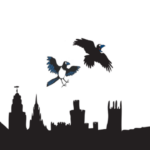 LEX TALIONIS (A TALE OF VENGEANCE & FEATHERS)
Presented by The Everyman in Association with Wandering Star
Duration: 65mins

From the seriously funny Liam Heylin (Love, Peace and Robbery, Hung Juror), comes a play about savage craic on the streets of Cork, and vengeance.
‘If I told ya to jump off a buildin’ would ya?’ ‘That’s different, we’re jumpin’ off buildin’s all day long!’
Hugh’s a rook with chicks comin’. Mooney’s a younger rook whose new friend Max is not what they seem. Dónie’s a magpie, he’s bad news. After a vicious murder, one of them is out for blood. There will be vengeance.
Written by Liam Heylin | Directed by Katrina Foley
Starring Aisling McCarthy, Úna O’Brien, Sinéad McGee and Bláithín MacGabhann
Co-Producer Aoife Clarke | Illustrations Séan O’Brien
Production Assistant Donal McNinch 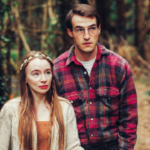 THE MISFIT MYTHOLOGY
Presented by Mighty Oak Productions and The Everyman
Duration: 72mins

Ireland – 1990. Nelson Mandela was freed; the first female Irish president was inaugurated, and the worst song of all time was composed entitled ‘Give it a lash Jack’. But these events are irrelevant to Oisín and Gráinne. Because there is something at the heart of Kilthomas… An old legend. A dark history set to repeat itself. People have disappeared without a trace. It is the students’ final year celebrations. As they sweat out their frustrations to the sounds of MC Hammer and INXS, the party intensifies. Someone goes missing. And only a diary is found.
Written by Irene Kelleher | Directed by Killian Collins
Starring Irene Kelleher and Éanna Hardwicke
Sound Design Cormac O’ Connor
Sound Op Malua Ní Chléirigh | Sound Engineer Joe Cusack
Production Assistant Donal McNinch 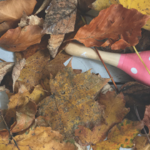 THE HERD by John McCarthy
Presented by The Everyman
Duration: 117mins

The last cow of an infamously dangerous herd lies dead in Tess’s front room. Soon the entire community is fixed on properly waking the animals that held them in thrall for generations. And Tess is keen to finally get going on the front room renovation. With strong music and language from the off, this big-hearted ode to family and relationships — and death and butchery — explores a world on the cusp of change, and the far-flung consequences of one animal’s end.
Written & Directed by John McCarthy
Starring Katie Holly, Irene Kelleher, Dominic Moore, Timmy Creed, Amber Deasy and John McCarthy
Stage Directions Julie Maguire
Sound Design Fiona Sheil
Sound Engineer Joe Cusack
Production Assistant Donal McNinch 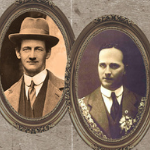 Two Lord Mayors is a play inspired by the extraordinary events in the city of Cork in 1920 and a portrait of the two men at the centre of those events: Lord Mayor Tomás MacCurtain and Lord Mayor Terence MacSwiney. It seeks to understand their motivations as soldiers and public servants and the cause that defined them. We follow the last day of the life of Lord Mayor Tomás MacCurtain before his murder by Crown forces, and his successor, Lord Mayor Terence MacSwiney in the lead up to his arrest and his subsequent hunger strike in Brixton Prison London.
Written by James McKeon and Patrick Talbot
Directed by Patrick Talbot
Starring Tadhg Hickey, Gary Murphy, Dominic MacHale and Mark Wilson
Music composed and played by Eileen Healy
Sound Design Fiona Sheil
Sound Engineer Joe Cusack
Production Assistant Donal McNinch

SECOND CITY TRILOGY
Presented by The Everyman, in Association with Irishtown Productions

The trilogy comprises three stage plays conceived as a tragicomic exploration of various father-son relationships, set against the social, historical and topographical background of Cork City. 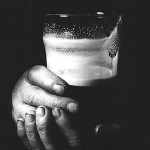 SECOND CITY TRILOGY: THE CURE
Presented by The Everyman, in Association with Irishtown Productions
Duration: 55mins

In times of personal crisis, either a cure or a miracle may be required to turn a life around. Our anti-hero is incapable of confronting and dealing with several personal issues. It is a recurring theme in his life, a theme that has been handed down, from generation to generation through the male line in his family, like a baton in a relay race. We meet him trawling the streets looking for an early morning pub in search of a cure. But fate takes a hand to his feet and the streets of Cork become his road to Damascus.
Written by Cónal Creedon
Directed by Al Dalton and Sadhbh Barrett Coakley
Starring Gary Murphy and Tadhg Hickey
Sound Design Fiona Sheil
Production Assistant Donal McNinch 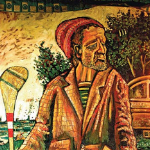 SECOND CITY TRILOGY: WHEN I WAS GOD
Presented by The Everyman, in Association with Irishtown Productions
Duration: 45mins

It’s FAI Cup Final day. Referee Dino Keegan is retiring from the game. At half-time the spotlight of self-doubt shines directly down on Dino as the ghosts of his past visit him in his dressing room. On the field of dreams the referee is God, but what happens when God is made man?
Written by Cónal Creedon
Directed by Al Dalton and Sadhbh Barrett Coakley
Starring Shane Casey and Pat Kiernan
Sound Design Fiona Sheil
Production Assistant Donal McNinch 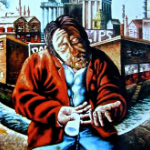 SECOND CITY TRILOGY: AFTER LUKE
Presented by The Everyman, in Association with Irishtown Productions
Duration: 63mins

The third and final play in Cónal Creedon’s Second City Trilogy is inspired by the parable of the Prodigal Son, in St. Luke’s Gospel. It explores the greed-driven frenzy surrounding the property market at the height of the Celtic Tiger economy. The action unfolds in that contentious place where concrete and asphalt meet pasture and stone and urban necessity collides with the rural idyll – with devastatingly tragic consequences.
Written by Cónal Creedon
Directed by Al Dalton and Sadhbh Barrett Coakley
Starring Gary Murphy, Éanna Hardwicke and Tommy Harris
Sound Design Fiona Sheil
Production Assistant Donal McNinch

Please see Made in Cork: Play It by Ear Rehearsed Readings Brochure HERE

All the Things Left Unsaid: An Evening with Michael Harding