"Keane play has plenty of laughs" - The Echo

Presented by The Everyman

Written by John B. Keane
Directed by Sophie Motley

The Everyman was proud to present this unique adaptation of John B. Keane’s Letters of a Country Postman as its summer show 2022.

“To be a successful postman you need the patience of Job, the sagacity of Solomon and the perception of Plato. You must be prepared to hear all, see all and say nothing.”

Your oul’ segocia Mocky Fondoo is sharing his long-learnt lessons in the ways of the post.

Over the course of an eventful summer, the colourful characters of the Ballyfee Postal District come to life in a brand-new adaptation for the stage of John B. Keane’s much-loved novella. With live music throughout, Letters of a Country Postman is a humorous fictional account of the exploits of a postman in rural Ireland, a love song to the postal system and its enduring importance today.

“Keane play has plenty of laughs” – The Echo

“Keane’s piercingly accurate sketches of rural life, leavened with sharp humour and insight, were groundbreaking in their time and still hold up.” – Irish Examiner

“a welcome addition to the Keane canon” – The Munster Express 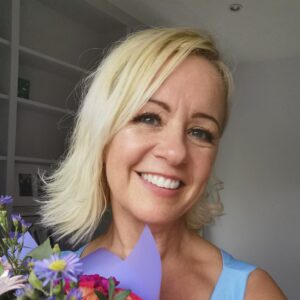 Linda Kenny is a highly versatile singer, actress, writer, concert programmer and producer. And most familiar to The Everyman’s audiences for her work with the hugely successful Everyman Sunday Songbook series.
She is producer of the Great Singalong Songbook touring group, whose shows play to capacity audiences in theatres across Ireland.
She was Programme Director (2013-2017) for A Summer’s Evening on the Quad in UCC and has performed with many leading Irish orchestras including the RTE Concert Orchestra and the National Symphony Orchestra.
In a previous incarnation, Linda completed a Masters Degree in English at University College Cork basing her studies on the plays of John B Keane. She also taught Business Communication Skills in UCC for three years. And subsequently worked as a book publicist with both Brandon Book Publishers, and at industry level, before establishing her own successful book-publicity agency, New Leaf Publicity. She had the honour of interviewing John B about his work in his home in Listowel.

Back due to popular demand

An Evening with Reggie

The Legends of American Country Show